An Update of Sorts

It’s been a while since I’ve posted an update, so to please my millions and millions of dedicated, hard-core fans, I’ve decided to sit down for a moment and share what I’ve been working on.

Number 1: I don’t actually have millions of fans. And, just to update everyone, I’ve made no recent attempts at acquiring these millions. Lots of writers do that B.S. but this one doesn’t have time for all that. 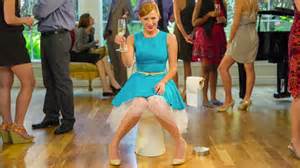 Number 3: I’m still posting Writing as Art and plan on going through the back log of submissions. I’d like to post all of them. But, as per usual, I won’t do this as a weekly sort of thing because I still hate tying myself down with self-imposed deadlines.

Number 4: I’m still looking for representation on a novel I finished a year ago. But I’m not doing this actively. So, in other words, for those of you who know how the biz works, I’m not actually doing it at all.

Number 5: I’m still ghostwriting books for other authors and my email is always open to anyone who’d like help with a book.

Number 6: The last point sounded too serious. And, to stay true to my nature, I still make jokes in serious situations. Poop.

Number 7: I’m editing my self-published series, Whom Cain Slew, with the addition of the final book to be self-published as a compendium style book thing, a Super Book, if you will.

Number 8: As the careful reader may have noticed from the previous bullet point, I still use unnecessarily complex sentence structure whenever the mood strikes me. This includes run-on sentences that aren’t punctuated correctly and seem to go on and on without making sense also without making a point and furthermore blah blah blah blah

Number 11: I’m still annoyed by update posts. If you couldn’t tell,  I have a hard time taking this sort of thing seriously.

Number 12: I still use a computer as my primary method for writing. From time to time, I’ve been known to write on a piece of paper or a block of wood. When I was a child in school, there were many times when I wrote on my arm or hand.

Number 13: I’m working on a new bildungsroman. For those of you who don’t speak German, I’ll translate: coming-of-age novel. I’m enjoying this one and I’ll be sure to post excerpts as I write it.

I think that’s all. Update over.