Welcome back to my three-part series on fictionalizing every day experiences. Last week I wrote a short memoir-like story from an event that actually happened to me (more or less). If you haven’t read it, click this link: LINK. This week, I’ve taken that story and transformed it into a completely different genre with characters, a slightly different conflict, but the same basic theme. I also maintained a few of the objects and images. I chose to write this as a contemporary romance–the type where a thirty-something lady finds a new man but is still troubled by the death of her late husband. I always get a kick out of writing romance because its so easy, and 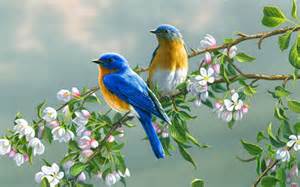 so painfully overwritten.  Check out the transformation:

Bella’s lips quivered as she stepped out into the moonlight to find his gaunt figure casting shadows—moon-shadows across the marble terrace.

“William…” She mumbled the words, and the words tumbled and tumbled across the terrace falling flat without ever reaching his deaf ears.

Emanations of pulsing pain reverberated out into the moonlight and she traced the origin of each pulsation to the core of his damaged being. “Will…” She began again as she looked down at her weathered white dress, but couldn’t say the rest of his name.

She took another step towards him. “I loved him too much,” she repeated. That was what she had said inside. That’s why he came out here.

“Just go inside,” he said. And after he spoke, after she heard his voice she couldn’t stay away. Not now. She ran to him and her hand found the pocket of his suit.

“That hand is not a hand,” he said as he routed it out of his suit pocket. “It’s rot. A growth. And if I let it stay, the disease of your hand will infect my thigh, and then—”

She reached in the pocket again and found his keys. That was what she had searched for the first time.

“Remember this?” she asked hysterical with tears forming in both eyes. “Remember?”

She held the keychain-picture of his partner in her hand. “Remember?”

The partner died, shot in chest years ago.

She felt his heart beat against her hand, his hands still limp at his sides. “He’s a memory now. A memory.” And memories can’t be cared for—not with hands.