After the tragic shooting at the Pulse Nightclub in Orlando, Florida, millions of people around the world felt shock, repugnance and outrage. However, there was one minority group who didn’t seem surprised at all: Gay Radical Islamists. Yes, that’s right, this previously unknown conglomeration of rainbow-loving,

explosive-vest-wearing, infidel-hating, butt-love-making Radical Islamists existing somewhere on the fringes of the margins of society, knows exactly why Omar Mateen shot up that nightclub in Orlando.

While the media advocates against the existence of some “silver bullet” solving the impossibly impossible riddle of mass shootings in America, this writer has not only found the silver bullet through his research into Gay Radical Islamists, he’s loaded his AR15 with it. The silver bullet (or “solution” for those of you who don’t understand the metaphor) does not involve theories regarding lone wolves (There is no such thing. All terrorists are Radical Islamists as stated by both presumptive presidential candidates). The silver bullet does not require any legislation dealing with gun control. The silver bullet does not require banning Muslims or Mexicans or building giant walls around gay clubs. Walling and banning will actually make the problem worse. The problem, as identified by a Gay Radical Islamist friend of mine, has nothing to do with mental health or deep psychological issues. The problem in a single word can be described as follows: closets.

Yep, I know it sounds crazy, but terr

orism in the western world has a single identifiable cause: closets. Described in astronomical terms (for any scientist dumb enough to take any of this seriously), closets are the Big Bang of terrorism, the moment that got it all started.

Just think about it for a second. Just about every Radical Islamic terrorist since the beginning of America has been gay— Nidal Hasan, the Tsarnaev brothers, Barrack Obama, Timothy McVeigh, Eric Rudolph, the Unabomber, Mahatma Gandhi, Julius Caesar, George Washington, Martha Washington, Betsey Ross, Jesus Christ—just to name a few painfully obvious examples. Although this can’t be proven with facts or evidence, a few moments of quiet reflection while looking at the pictures of these men reveals exactly what brought them to terrorist acts. Anyone with gaydar can clearly see that these men were not only gay—they were hiding in a closet of shame and fear. 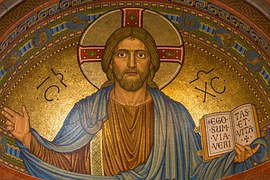 Omar Mateen and his custom of visiting gay night clubs and gay dating apps finally proves what the Gay Radical Islamist community has been saying all along: GIVE US MAN-LOVE OR GIVE US DEATH!

While the Western World has welcomed the LGBT community with open arms in the past decade or so (I’m not exactly sure how long. Whenever that Barack Obama guy took over), ISIS has not. At the same time as court rulings across the U.S. declaring marriage as the union of person and person rather than man and woman, ISIS has been diligently executing anyone suspected of homosexuality in the most brutal of ways. Clearly, there is an injustice here. Gay Radical Islamists are forced into a closet of secrecy—unable to hate the western world while still lusting after members of the same sex. No one should be surprised by the results: Gay Radical Islamists bursting out of closets with hate and bloodlust.

Just try to imagine for a moment. You’re an ISIS militant. This is what you’ve wanted to do all of your life. You’ve spent your childhood dreaming about jihad and killing infidels. But wait. Something is wrong. You don’t picture your 72 virgins with big breasts and wide hips. No, no, no. You see ripped pecs and giant wankers. But you can’t tell anyone. And worse yet, you can’t act on it. And the whole time, you know there are people out there in the western world who can be gay whenever they feel like it.

Thus, the goal shouldn’t be to shut the Gay Radical Islamists out. Now more than ever, we as a society need to extend our communal hand into the darkness of the closet and guide our Gay Radical Islamic brothers out into the light of day. Perhaps, with the storm and struggle of Radical Islamisism over, they’ll see a rainbow of love and acceptance.