I wrote “Now What?” earlier this week. I’m working on a voice for the narrator of my next novel and these short flashes of fiction are a way for me to experiment with narration. I’d recommend this strategy to anyone thinking about writing a novel with a first-person narrator. It’s nice to have the voice down from the start. Check it out and let me know what you think: 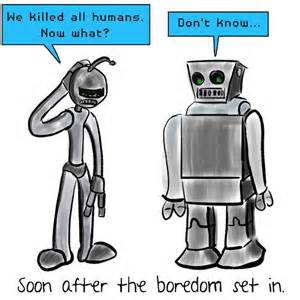 We were packing up the old town house. We’d lived there for a year but what’s a year. I don’t mean that as a question. It isn’t one.

Like I said, we were packing up but I was already done. I packed the night before, so my Civic wasn’t out back behind the house. It was parked down the road next to a pick-up truck or a van.

But this isn’t about my car. It wasn’t even a Civic. It was something like that though.

Anyway, one my housemates, the big one, had his whole family there and he had too much to take back.

“Does anyone want this shit?” he asked. It was stuff from the kitchen.

I took another sip of something. I don’t know. Mimosa maybe. Or Bloody Mary. I think I liked those then. Or maybe I looked out towards the river. But I don’t remember thinking much about the river. It was part of me then, always there past the field and the road from town.

“I got room for it,” I said. Well, that’s not exactly what I said. I said something like it.

And I did have room for it. My parents weren’t there yet, but they were bringing a van to carry my big stuff. My brother wasn’t there yet, either.

“Alright, dude.” That’s exactly what he said. I remember it.

Minutes passed and I hadn’t moved from my lawn chair out in front of the townhouse. I felt the grass between my toes, well, most likely. I was barefoot then—usually at least.

Someone’s parents broke into laughter. It was a woman, but I don’t remember which one. Probably the big one’s mom. Everyone else drank quietly and focused on the packing.

And then one of the other guys was sitting beside me. He might’ve been there for a while, but that’s when I noticed him.

He shook his head at the big one and the big one’s family. But he was drunk too, and I was drunk. The whole damn campus felt drunk. It always did. Well, it felt that way at least.

And then I saw my parents walking across the lawn. And then I don’t remember much. The rest of the afternoon blurred into one or nothing depending on how you look at it, and then I was in the car and my brother was driving. He was probably driving fast, but I don’t remember. I was singing. Loudly.

And then I was home or the place I called home. Summer. But not summer break. And I wouldn’t be going back. I wouldn’t ever be going back. And I was on my parents’ back deck, the same place I spent every summer, a place where I surrounded myself with friends or buddies or alcohol or all or both depending on how you look at it. I looked up and saw blue and green and the leaves on the trees were full for the first time since fall. The first week of May, and for the first time, the leaves were fully there.

And today, years later, I ask the same question. I’m married and have a career. I’ve made something of myself, I guess. But when the leaves come out, fully out, I ask out loud sitting on my own deck, the back deck of my own house, looking up at the swaying trees with the blue sky behind, “Now what?”

Hope you liked it. Thanks for reading!

Eric James-Olson writes novels and short stories. Currently, he's working on a coming-of-age novel set in the Panhandle of West-Virginia. Check out the "Novels by Eric James-Olson" tab above for the titles of his other books. In addition to writing, James-Olson is a high school English teacher, an amateur woodworker, and an outdoor enthusiast. He lives with his wife and daughter in West Virginia. END_OF_DOCUMENT_TOKEN_TO_BE_REPLACED
This entry was posted on Monday, May 18th, 2015 at 6:53 AM and tagged with authors, blog, flash-fiction, literary, literature, writers and posted in Uncategorized. You can follow any responses to this entry through the RSS 2.0 feed.
« Writing as Art: A,B&E
Flash Fiction Contests »