It’s been a long time since my last letter. Inspiration hasn’t struck and that sort of thing can’t be forced. Recently, however, after spending a weekend with the in-laws, a strange occurrence involving my daughter and mother in-law re-awoke the mock-epistolary muses, breathing metaphorical life into the words streaming out of my fingers, onto the keyboard, into my computer somehow, and across the inter-webs.

No, she just doesn’t like pooping–and yes, I know, that’s weird. I mean seriously, for many people, a good poop is often the highlight of an entire day. But my daughter isn’t interested. She can’t be bothered with it.

Well, anyway, last weekend my daughter starting whining because her stomach hurt. As you probably guessed, her stomach hurt because she was holding a big one. And while sitting across from my mother-in-law, having a drink perhaps, and maybe some fancy appetizer or hors d’oeuvres or something, I said to my whining daughter, “Yo kid, why don’t you take a crap?” To which my mother-in-law, her face frozen in horror, replied, “You’re in pleasant company–its a–poopy.” To which I replied, “Yo kid, why don’t you take a crappy,” adding the “py” ending, thus softening the word for “pleasant company.”

And that interchange, followed by laughter and several other pleasant ways to say poopy; such as, “dumpy, stinky, number-twoey, shitty, etc.,” is the motivation for today’s letter. For it begs the following question: Why is “poopy” pleasant, and “crap” unpleasant? Why is the former cutesy and the latter ugly?

Well, being that I’m an English teacher and all that, I can give you a really clear answer: its the way the words sound. Yes, its that simple. “Poopy” has several sounds or syllables that are pleasing to the ear. It is an example of euphonious diction. Whereas, “crap,” has sounds or syllables  that are disharmonious to the ear making it an example of cacophonous diction.

Now, when I teach euphonious and cacophonous diction to high school students, I teach the specific syllables that sound ugly and pretty. 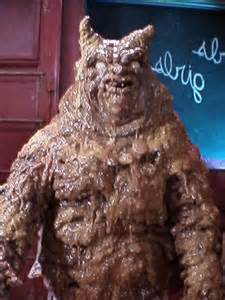 Each has its purpose. When a writer portrays ugliness; for example, its not a bad idea to use ugly, discordant words. Or, if they’re going for irony, they might use euphonious words to describe the ugliness and vice-versa. Still don’t get it? Check out this spontaneous two-line poem I just wrote about my daughter pooping. It won’t win me any awards, but I’ve italicized syllables that are euphonious and underlined the cacophonous ones to help you see the difference:

Finally, it flows from bum to bowl.

There are a few things to notice here. First, it’s not a single syllable that makes the first line cacophonous nor a single sound that makes the second line euphonious. In both cases, its the preponderance of these syllables in each line that creates the effect. Second, cacophonous sounds are ones that your tongue stops on. Whereas, euphonious sounds roll on to the next sound. Say this out loud: “Flows from.” Notices how flows, flows right into from. There’s no hard stop between the words. Do the same with “Shit, sting.” Notice how your tongue stops the word “shit.” And that’s essentially the difference. A prevalence of stopped sounds, sounds ugly. A prevalence of flowing sounds, sounds pretty. And this is regardless of content. Both lines of my poem are about pooping, but the first sounds ugly and the second sounds pretty.

Well, that’s easy. “Crap” even if I add the “py” to the end is still ugly. Both the “cr” sound and the “ap” sound are cacophonous. So even when I add the euphonious “py” it still sounds ugly. And “Poopy” which combines two pleasant sounds, “poo” and “py” will always be more appropriate while spending time with my mother-in-law.

That’s it! Have a lovely day!

Eric (I never realized how euphonious my name sounds) James–Olson

Eric James-Olson writes novels and short stories. Currently, he's working on a coming-of-age novel set in the Panhandle of West-Virginia. Check out the "Novels by Eric James-Olson" tab above for the titles of his other books. In addition to writing, James-Olson is a high school English teacher, an amateur woodworker, and an outdoor enthusiast. He lives with his wife and daughter in West Virginia. END_OF_DOCUMENT_TOKEN_TO_BE_REPLACED
This entry was posted on Monday, April 6th, 2015 at 10:28 PM and tagged with authors, cacophonous, criticism, critique, diction, euphonious, writers and posted in Uncategorized. You can follow any responses to this entry through the RSS 2.0 feed.
« Epic Fail: Bad Writing…well, not quite epic
Letters on Literary Devices 17: Take a Crappy! »

One response to “Letters on Literary Devices 17: Take a Crappy!”