To start off, no, this is not a post about getting drunk and writing something. Sure, American literature brims with alcoholics who proclaim the value of booze when creating art. Everyone knows this quote, “Write drunk; edit sober.” 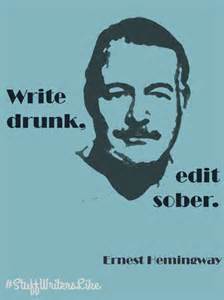 And we’ve all heard that when Faulkner wrote he would “always keep… whiskey within reach.” But that isn’t what I plan to discuss in this post. I neither condemn nor condone, and–well–honestly, when it comes right down to it, I’ve never done it before. I can’t say much about it.

So, what am I writing about? Well, I realized the other day, when teaching a lesson about unreliable narration that there isn’t a specific literary device for making a character sound drunk. I was teaching that old Edgar Alan Poe story, The Black Cat when the thought occurred to me. You see, The Black Cat features an alcoholic narrator who tortures, dismembers and kills his favorite cat. Although he’s apparently unconscious of the fact, he does it because he’s a drunk bastard who can’t control his fits of rage. 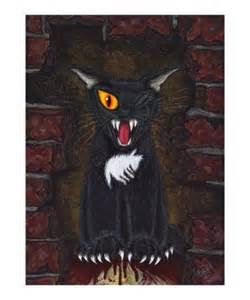 Later, he reveals that he killed his wife too. However, he blames the cat instead of his alcoholism as the cause for her murder.

Because of the narration in The Black Cat, there was no reason for Poe to make the character act drunk. After all, the narrator, in telling the story, tries to cover up that fact. But it got the gears rolling and caused me to ask this question: when I’ve made drunk characters in fiction, how did I do it? Well–where to begin? Honestly, it’s a weird question for me to approach. Although I’ve written several drunk characters over the years, I can’t remember putting that much thought into making them seem drunk. I just did it. I didn’t have to think about it. I guess I’ve been around enough drunk people to know what it looks like.

But, as a person who’s always interested in improving his writing, just knowing “what it looks like” isn’t enough. So, I’m going to post an excerpt from one of my manuscripts, From A to B, in which I wrote an obnoxiously drunk character. And after I’ll analyze the parts that make him seem drunk.

Well, anyway, I think she was still spouting off lies about her love for inner city schools when I walked away. I don’t remember all that clearly. The walls were starting to get fuzzy at this point and I had to piss real bad. I remember that I had a big pinch of dip in my lower lip. In my right hand, I had a beer can that I cut in half for a spittoon.

I walked down a hallway. There was a door on the right. I found the knob. I opened it. Coats. Damn it. “What,” I mumbled. “You don’t keep a toilet in coat closet. What the fuck!” I backed out of the coat closet. I saw my wife. She was standin’ by the door. She looked at me funny, but I made sure to look the other way. To the left, that had to be it, another knob and I could hear the sound of a fan. I grabbed the door knob. Damn it. 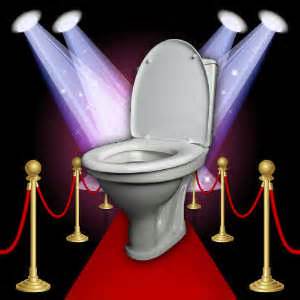 I let go my dick for a second and turned the knob, but the knob didn’t move. Locked. I was drunk, but not so bad I couldn’t smell. Sure enough, it smelt like colon, eggs, sewer, and garbage.

Damn it. I turned around. The walls were fuzzy and spinny now. Past my wife there was a staircase. “Usually bathrooms upstairs,” I mumbled. A moment later and I was half-way up. The bathroom was at the top. It wasn’t hidden like the one on the main level. The door was open. The room was dark but I flipped the switch. The toilet seat was down, but there was no time. This couldn’t wait. I took my hand off my dick. I unzipped. The air hit my tip and before I knew it there was that rushin’ sound of piss hittin’ water. It splashed up. Drops hit my pants and the top of the toilet seat. It was ok though, I reasoned, it’s clear. No one will see.

At the bottom of the stairs my wife was starin’. Her arms were crossed. I made sure to avoid eye contact. Our kid was on the floor next to the door. She probably said something, but there was nothing else that she could do.

So, what makes him seem drunk?  First, it’s important to note that this is first person narration, so describing his appearance or general clumsiness is impossible without the narrators willingness to admit what he looks like and how much he’s stumbling around. This narrator won’t admit anything that puts him in a negative light.  But still there are several indications that’s he’s had a bit too much. Here they are as a numbered list:

And that’s it. As I look through my list, it’s obvious that I mostly relied on imagery. What I didn’t do, probably because the character is on a monomaniacal quest to find the bathroom and doesn’t talk to anyone, is use slurred or obnoxious speech; many authors rely on language to create drunkenness.

Speaking of other authors, I’d love to hear from you. If you’ve written a drunken character tell me about it in the comments section below. And I’m happy to share your examples of drunk characters, or any other excerpt of your writing right here on my blog. Feel free to contact me at the e-mail posted on the right side of the page. As always, thanks for reading and have a great day.

Eric James-Olson writes novels and short stories. Currently, he's working on a coming-of-age novel set in the Panhandle of West-Virginia. Check out the "Novels by Eric James-Olson" tab above for the titles of his other books. In addition to writing, James-Olson is a high school English teacher, an amateur woodworker, and an outdoor enthusiast. He lives with his wife and daughter in West Virginia. END_OF_DOCUMENT_TOKEN_TO_BE_REPLACED
This entry was posted on Tuesday, January 27th, 2015 at 10:53 AM and tagged with bloggers, imagery, the black cat, write drunk edit sober, writers, writing drunk characters and posted in Uncategorized. You can follow any responses to this entry through the RSS 2.0 feed.
« Sorry for the Shameless Self-Promotion
Call for Submissions: Writing as Art »