About a week ago I wrote a post on overwriting. In that post I promised future explanations of literary devices that cause a piece to feel – well – overwritten. If you haven’t read that post, it’s cool, just click this link: Letters on Literary Devices 11: Don’t Be So Dramatic. If you’ve read it already, you probably remember the following explanation which details the type of literary device capable of making a novel appear overwritten: “Well, any literary device used as a descriptor has the innate qualities necessary for causing readers to throw up.” I then listed a few and proved how “apostrophe’s” (the literary device, not the punctuation mark) when overused, can seem overwhelming. 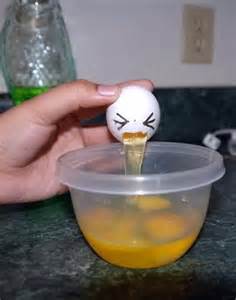 For those who don’t know already, an epithet is a word or phrase precluding a characters name used for description. This strategy dates back to some of the earliest influences in Western Literature. Anyone who’s read the Iliad and the Odyssey, probably remembers the “Swift-footed” Achilles and the “Grey-Eyed” Athena. For ancient writers of epics, the epithet served a duel function. First, it was used as a descriptor. Second, it allowed more flexibility for poets who had to write within the constraints of dactylic hexameter. By having a list of several different epithets for each character, all having a different number of syllables, the poet could plug in the best rhythmically fitting epithet into each line.

Well, that’s great and all, but how does this apply to novelists today? Obviously, no one writes full length fiction in dactylic hexameter anymore. It would be cool if someone tried, but probably unreadable because English doesn’t lend itself to dactyls. Writers still use epithets though, even if the rhythmic function of the device has become outmoded.

Instead, I’ll just point out an example from my own writing.

In my first novel, Farmers and Cannibals, I used a epithet to describe the principal antagonist, “Big” Frank. Here’s the line from when he’s introduced: “Deep, dark, mahogany – the desk was chosen to say a lot about the massive man who sits behind it. “Big” Frank founded General Wheat Corporation sixteen years previously as a small time farmer willing to take a risk.”

“Big,” is Frank’s epithet and I chose the word because of its ambiguous context dependent meaning and relatively neutral connotation.

Personally, I think this is a good way for novelists to use epithets. Overuse, can be annoying and seem overwritten. When used sparingly; however, the epithet is another tool for constructing layers of meaning.

Well, that’s it, if you have any examples of annoying epithets, good use of epithets, or any questions, disagreements, etc. please feel free to comment below!

If you are interested in my books, check out my links below. KindleUnlimited members can borrow for free. For everyone else, the books are priced slightly higher than the cost of dirt:  between 2.99 and 3.99. If you like this post, hook a brotha up with a like.

Eric James-Olson writes novels and short stories. Currently, he's working on a coming-of-age novel set in the Panhandle of West-Virginia. Check out the "Novels by Eric James-Olson" tab above for the titles of his other books. In addition to writing, James-Olson is a high school English teacher, an amateur woodworker, and an outdoor enthusiast. He lives with his wife and daughter in West Virginia. END_OF_DOCUMENT_TOKEN_TO_BE_REPLACED
This entry was posted on Sunday, September 28th, 2014 at 2:32 AM and tagged with apostrophe, authors, epithet, humor, literary, literature, parody, sarcasm, writers and posted in Uncategorized. You can follow any responses to this entry through the RSS 2.0 feed.
« Letters on Literary Devices 11: Don’t be so Dramatic
Letters on Literary Devices 12: The Double Ellipsis »